WHY I FEAR FAIR! 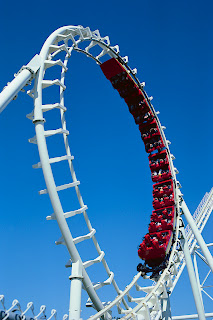 F.A.I.R. OR NOT FAIR? I WOULD GRADE THEM FAIR AT BEST!
The Canadian Foundation for the Advancement of Investor Rights was launched in September of 2008. Undoubtedly you have been as overwhelmed with their good work as I have!
Mr Pascutto, the Executive Director, has raised the funds necessary to launch the Foundation from IIROC ; and of course IIROC is a merged entity created by Investment Dealers Association (IDA) and the Market Regulatory Services organization (MRS). We are delighted to see that such distinguished investor advocates are willing to back this venture!
For those of you without a sarcasm detector, the Investment Dealer Association and MRS are two of the very good reasons we need an advocate for the investing public. Both are “self regulatory bodies”, which in the investment industry seems to mean they help ensure the big players run the industry without having to worry about real regulatory bodies constantly demanding they do what is right for investors!
The goals of an organization often provide some insight into how they will carry themselves in the process of assisting you and me. As an investor advocacy group I would expect that the foundation would “provide clear policies for immediate implementation”, “demand action on outstanding issues”, “fight to ensure investors are treated fairly”! In fact the primary goals include such hard hitting items as “making reports”, “proactively identifying trends”, and when bad stuff happens to investors they will “encourage action”!
So, you just lost your pension money in the market, discovered the advice you received was suitable for either an 18 year old with $40.00 to invest or a gazillionnaire looking for losses! You are mad, frustrated and most importantly broke! Your Advisor referred you to his boss, the Investment Dealer , who said tough luck buddy. You complain to the ombudsman for the dealer (if they even have one) but again, tough luck! ! You can go to the Ombudsman for Banking Services and Investment (OBSI) , again good luck! The IIROC folks appear to have no interest in the matter and the local paper agrees you got shafted but it is so common it’s not even news. So you head to the FAIR folks and say THIS IS NOT RIGHT!
So what can we expect? Based upon the goals of the foundation it may look like this:
Yes, we have identified that a trend that appears to be emerging is that you and your fellow investors are getting shafted on suitability. As a matter of fact we are preparing a report as we speak outlining this trend and also encouraging the IIROC to review their files and see if they are seeing a similar trend. If so we can assure you we will suggest they take some action at an appropriate time to make things somehow better. We want to be careful of course not to do anything drastic that might imply our “one time “funding (nudge, nudge, wink, wink) was being utilized to serve the one sided needs of the powerless investor at the expense of the well funded industry big boys!
What do we need? A great response to an investor would be something like this: You are right, you have been shafted along with hundreds of others who have called and emailed us with their concerns. We are preparing a press release naming the major offending firms and demanding a meeting with the Presidents within the week. If it does not happen we are launching a media blitz and a letter/email campaign to all MPP’s and MP’s. We are also going to be sending registered letters to the independent members of the board of the firms who are the greatest offenders based upon our data. We have begun to raise funds to support a class action suit against the major brokerage firms and mutual fund firms for return of hidden fees and lack of disclosure of fees in plain English/French. The advisors have been knowingly selling funds without ensuring the investor is aware of and understands all the fees and risks and alternative investments they should be aware of! In short we are going to be the worst nightmare for the IIROC and every other SRO who has let the investor down!
Okay, maybe I am looking for more than any foundation sponsored by the industry can offer. My point is that no group who accepts funds from an industry SRO can truly reflect the average investor. We need an Eliot Spitzer (the lawyer not the politician) who can hold large dollar penalties over the heads of these firms. Money talks and no investment firm is going to voluntarily give up easy money just to do what is right!

MY POINT: The situation is a crisis for small investors and a bump in the profit trail for major investment firms. Until the issues of the average investor can threaten the bonus of the big bosses NOTHING will EVER change!

Let me by very clear, FAIR are great people and I do not in any way doubt the integrity of the directors of the foundation. However, they set a dangerous precedent because they are toothless watchdogs; but they give politicians and the investment firms the ability to point and say “ the interests of small investors are being met” by this august body of advocates.
Simply put; the best intentions of the FAIR foundation is no match for the fire power of the investment firms. In real life David gets pounded to a pulp by Goliath!
Reality sucks, eh!
Sois mike
Posted by Mike Macdonald at 1:01 PM No comments: Links to this post 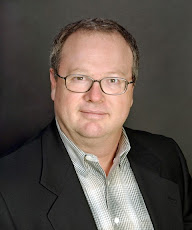